Has Epic Forgotten About Competitive Fortnite?

Fortnite season 4 has proved the fact that Epic cares very little about the competitive scene. Perhaps this was coming for a while, but no one wanted to address it. Months ago, when Tfue quit the game, he mentioned how Fortnite isn’t an eSport anymore. For someone as dedicated as Tfue, this statement came after a lot of contemplation. 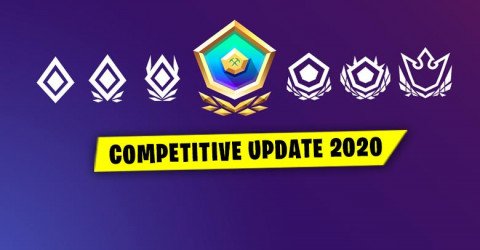 Several pros, including the likes of Bizzle, Bugha, Clix, Sway, etc. have complained about the lack of attention from Epic. The game is being called a child’s playground now and is being compared to Fall Guys. Epic Games have shown what they prioritize most. This has besmirched the good name of the competitive scene.

When one considers the entire Chapter 2, the highlights would be the competitive realm’s shabby state. Considering this game is perhaps the most competitive one to play in the world, Epic Games have not lived up to the standard they set in Chapter 1.

We wanted to address the conversations we’ve been seeing about cheating and bad actors within the Fortnite Competitive ecosystem, read more in our update: https://t.co/mwNB5w3KBS

It is not just the mechanics – the difference lies in the constant state of mismanagement. Ever since the beginning of Chapter 2, pros started voicing their concerns about the server. Competitive Fortnite server problems is an age-old issue. Although in Chapter 2, Season 2 and 3, it became an enormous problem.

From the perspective of a competitive player, the developers are not doing anything. Instead, they are collaborating with Marvel, DC, etc. The frustration and anguish this creates are easily noticeable.

For a player to dedicate time and effort to this game, as a job, it seems the company is not doing enough. Obviously, Epic has their reasons, but this is not the first time this problem has popped up. However, with the latest blog from Epic about cheating, it seems there still might be some hope.

Endgame lags and tourneys being raided by cheaters

On top of these problems, we have cheaters griefing entire tournaments. In the last few months alone, the rampage created by cheaters in cash cups and FNCS shook the community to its core. No one could make sense of how Epic did not ban them right away.

Endgame lag is related directly to the server problem. This is still understandable as Fortnite is a building game with BR mechanics. Thus, it’s justifiable, but nothing can justify the absolute lack of attention from Epic Games.

With the entire competitive scenario at stake – what do you think about Epic’s next move to save the competitive side from this sorry state?